Interview with Thomic Ruschmeyer, Chairman of the German Solar Mobility Association, on the German e-mobility market 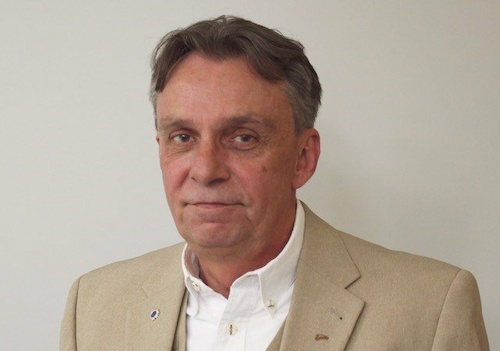 Thomic Ruschmeyer, Chairman of the Board of the German Solar Mobility Association (BSM)

Mr. Ruschmeyer, Germany is lagging behind other European countries in the expansion of e-mobility. What is the reason for this?

German car manufacturers have held on to fossil fuels for too long because they continue to promise good global business. And politicians have unnecessarily protected the car industry from necessary innovation. The reference to the many jobs has done the rest. Incidentally, this is not the case in the renewable energy sector. Currently, around 40,000 jobs are being lost in the wind industry. Twice as many as are still working in coal mining, which will continue to be supported with 40 billion euros until 2038. The necessary structural change looks different.

What mainly slows down e-mobility in Germany: a lack of consumer awareness – after all, one in four vehicles registered in Germany is an SUV –, hesitant political guidelines or lax model development by the German automotive industry?

False images and myths about e-mobility are being produced in great numbers. The conservative side is still bringing hydrogen and synthetic fuels into play, which we need, but certainly not in the passenger car sector. And the automobile manufacturers want to continue selling profitable SUVs. But they are driving into the fines from 2020 with their eyes open, because they will not reach the fleet limits and high fines will be imposed for them. In my opinion, this is the real reason why they are now suddenly or finally – as one wants to see – opting for e-mobility, even though the margins are lower. On politics: it continues furthermore to subsidise diesel fuel with around 8 billion euros a year. Electric vehicles and the charging infrastructure, on the other hand, it will support with only one to two billion euros over the next three years. That is irrational, but it remains a reality. Where is the credibility of climate change policy?

It fell far short of the German government's target of one million electric vehicles by 2020. When will we reach this figure under the current conditions?

In the National Platform on Mobility, we officially assume that the figure can be reached between 2022 and 2023. Plug-in hybrid vehicles are included in this figure. In my opinion, pure battery electric cars will not reach the million mark in Germany until around 2025, even though German and international car manufacturers will increasingly offer electric vehicles from next year onwards because of the imminent fines. German manufacturers have now finally secured battery quotas. Previously they did not believe in it and did not order accordingly in Asia. There are no lithium batteries in Germany so far and whether a giga factory will be built here depends more on Tesla than on German industry. We will see what will soon be available on the supply side. If it's just E-SUVs, the effect will of course be smaller. This would not really solve the transport problem.

What measures do you think are needed to reach the million mark as quickly as possible?

In the transport sector, we must consistently focus on additional renewable energy sources. We need to restructure the energy industry as a whole and build up battery production. Politicians must promptly ban combustion engines and implement a consistent turnaround in transport and energy in order to take effective action against the increasing climate change.

More and more German citizens want to fill the batteries of their electric vehicles with solar power from their own roof. Will this bring the push?

Yes. Especially if the first photovoltaic systems fall out of the EEG tariff, but still function excellently, it is obvious to operate an electric vehicle with electricity. Ideally, this would have to be at home during the day or a storage facility would have to be installed. Apropos storage: They will become a central component not only in the transport sector but also in our future renewable energy supply, as can be seen at The smarter E Europe.

Which new business models for e-mobility do you see coming up with the growing share of renewable energies in national power generation?

This is a separate issue. In general, we need additional renewable energy for e-mobility. And as quickly and regionally as possible in order to avoid storage and transmission losses. Whoever can offer this at comparable costs and conditions can become the new “Renewable Energy Sheikh”. A first step for e-mobility would be to open up Section 14a of the Energy Industry Act to them. It allows operators of electricity distribution grids to charge suppliers and consumers in the low-voltage grid with whom they have concluded grid usage agreements a reduced grid fee if they agree with them in return to control consumption facilities in line with the grid. This would send out a small but political price signal. This would create a structure that would not synchronise electric vehicles with the toaster or coffee machine when charging, but would allow them to be charged virtually automatically at times when they are not needed, for example overnight. One step further would mean that if too much solar and wind power were fed into the grid, electric vehicles would be able to take in the electricity. And another step further could mean that electric vehicles could also feed the electricity back into the grid. A favorable transmission of the domestic renewable energy electricity, generally that is today solar electricity, for example to the workplace would certainly also be helpful.

How do you see the prospects for e-mobility in Germany in the near future?

That depends on the following questions: Who delivers what type of electric vehicle and when, and under what conditions? Who uses which type of electric vehicle when and under what conditions? Who supplies the additional renewable energy on what terms? And last but not least: Which framework conditions are set by politics and with which products and with which service do not only the German automobile manufacturers come onto the market when? In other words, there is a need for appropriate initiatives from many sides. The offer for mobility must fit, politics must demand and promote, consumers must decide in favor of the climate and change their behaviour accordingly. This does not have to be to their disadvantage, but offers new options. Above all, it is necessary.