IEA: Start the End of the Fossil Age Now

The International Energy Agency (IEA) is calling for an immediate halt to new gas and oil projects and the massive expansion of renewable energies, especially photovoltaics, in order to protect the climate. By 2035, the sale of new internal combustion cars should be stopped. 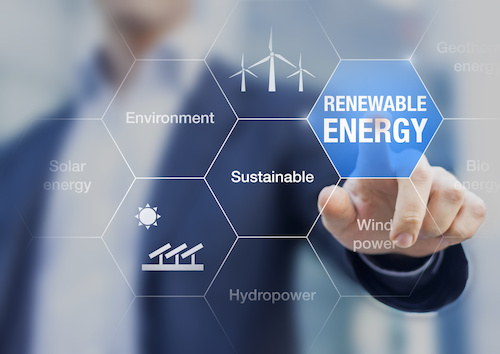 It is the first time that the IEA has called for the energy turnaround with such vehemence in its latest report, "Net Zero by 2050”. Critics have previously regarded the influential international organization as too fossil-fuel-heavy. The IEA was founded in 1974 as a unit of the OECD in response to the oil crisis at the time.

In the report, the agency now presents a roadmap for transforming the global energy system. The goal is to ensure that CO2 emissions are reduced to zero by 2050 and global warming is limited to 1.5 degrees Celsius. The way energy is produced, transported and used around the world must fundamentally change, it says.

"If we are to meet the 2050 emissions target, we must stop investment in new oil, gas or coal projects," IEA chief Fatih Birol stresses. As of now, no further final investment decisions for new coal-fired power plants should be made, he said. By 2035, the sale of new cars with internal combustion engines must be ended worldwide. By 2040 at the latest, the global power sector must stop emitting carbon.

To get there, the IEA believes it will be necessary to increase the global addition of photovoltaics to 630 gigawatts (GW) per year by 2030 and wind power to 390 GW – more than four times as much as in 2020. For photovoltaics, this would correspond to the daily installation of new plants with the capacity of the world's largest solar park at present.

At the same time, the IEA emphasizes that the aim must be to make significant progress in energy efficiency. It is necessary to increase the rate of energy efficiency improvements worldwide to four percent annually by 2030 – about three times the average of the last two decades.

It is crucial to accelerate innovation globally, the IEA states. Therefore, governments must rapidly increase their spending on research and development of clean energy technologies and place them at the center of energy and climate policies. The agency considers the further development of battery technology and electrolysers for hydrogen production as well as the capture and storage of greenhouse gases to be particularly promising.

Overall, the IEA sees enormous economic opportunities in the energy transition, with corresponding investments creating millions of new jobs. However, people must be involved and opportunities for citizen participation must be expanded.