„Most Electric Cars in the Netherlands are Leased Business Vehicles”

Interview with Bert Klerk, chairman of the Formula E-Team, about the Dutch market for e-mobility 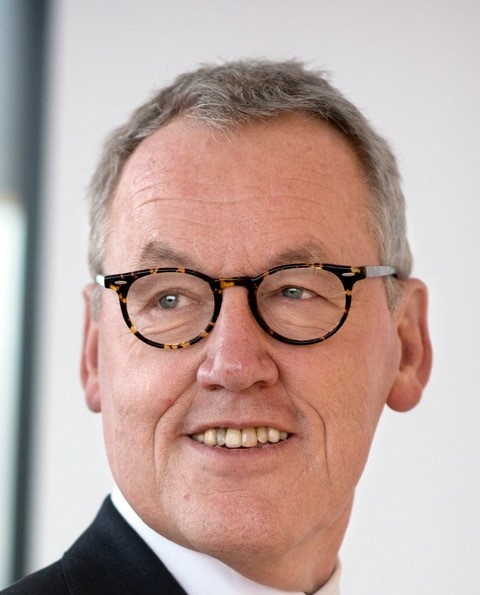 Mr. Klerk, he Netherlands had formulated the intention that every tenth new registration in 2020 should be an electric car. Will you reach the target?

The current market share of electric passenger cars regarding the sales from January until October 2019 is 10,1 percent, 8,9 percent full electric cars and 1,2 percent plug-in hybrid vehicles. However based upon a scenario study done on the National Climate Agreement the market share is expected to drop to nine percent in 2020.

Why do you assume a decline?

The nine percent market share is calculated based on a scenario. Real numbers could of course deviate. An important parameter that can result in a decline is a decrease in the reduced tax on business cars. Most electric cars in the Netherlands are leased business vehicles. For commercial zero-emissions vehicles a reduced tax rate is applied. In 2019 this rate amounts to four percent. Next year the rate will be eight percent. It will rise to twelve percent in 2021 and to 16 percent in 2022. Also, in respect of commercial zero-emissions vehicles, a reduced rate of additional tax is currently applied above a maximum of 50,000 euros of the catalogue price. This maximum will decrease to 45,000 euros in 2020 and will subsequently decrease further to 40,000 euros in 2021. Also, the incentives of the National Climate Agreement where announced just before the summer. A lot of people have been trying to get a leasing car registered this year.

What is the main motivation for the Dutch to buy an electric vehicle?

According to consumer research by the Royal Dutch Touring Club, Dutch consumers name the environmental benefit as by far the most important reason to buy an electric car. Eight out of ten interested feel this way. Other benefits named are: financially attractive to drive, pleasurable driving conditions and inexpensive in use.

What is the particular trend in the Dutch e-mobility market?

The market share of full electric cars is increasing rapidly, opposed to the market share for plug-in hybrid electric cars which is declining since 2017. The solutions for trucks are also mostly full electric at the moment. We have several projects testing electric trucks for city distribution purposes. Already more than ten percent of Dutch buses in public transportation are electric. Further, the Netherlands has a dens network of charging infrastructure and is still the only country in the world where all charging is interoperable.

How does the further schedule for e-mobility in the Netherlands look like?

The government’s ambition is for all new passengers cars to be emission free by 2030 at the latest. The solutions include hydrogen electric and battery electric cars. A key prerequisite is that mobility should remain affordable and the burdens of the transition should be distributed fairly, to allow all Dutch citizens to make the transition to zero-emissions passenger vehicles. In the National Climate Agreement government, automotive industry and interest groups have agreed on a financial and non-financial incentive package. This includes a purchase subsidy for new and used cars, continuation of tax benefits for electric cars and activities such as communication, a battery guarantee program and zero-emissions environmental zones in inner cities. Also the exploration of a pay-as-you-go system is announced. Furthermore a National Agenda on Charging Infrastructure was developed as a part of the National Climate Agreement together with all relevant stakeholders, to make sure that charging infrastructure will not be an impediment to the out-roll of electric vehicles.

The Netherlands has the most charging points in Europe. How did this happen and who invested the most?

The key success factors to the advanced Dutch development of charging infrastructure are cooperation, knowledge development, and regional anchoring. The Dutch government works via partnerships, where policy is created through consultation with private parties and local governments. This fact also applies to electric transport. The Netherlands has had the Formula E-Team public-private partnership since 2010, which has formed the groundwork for various voluntary agreements, known as Green Deal, that accelerated the roll-out of electric transport. One of these was a Green Deal on public charging infrastructure. In this Green Deal there was a financial contribution for charging poles – provided that government, municipalities and market parties contributed equally. The government investment here was 7.2 million euros. Also as part of this Green Deal the Netherlands Knowledge Platform on Public Charging Infrastructure was installed. Their aim is to reduce the cost of public charging infrastructure and stimulate innovation. As a result, costs have levelled off considerably since 2013.

You mentioned market parties as cooperation partners in building up a public charging infrastructure.

Yes, the Dutch grid operators have established ElaadNL in 2009, a knowledge and innovation center for smart charging infrastructure. Through their mutual involvement via ElaadNL, the grid operators prepare for a future with electric mobility and sustainable charging.

What about the municipalities?

Since the start, regional governments, provinces and municipalities have played an important role in the realization of charging infrastructure. Over time more and more collaboration has developed because of economies of scale – e.g. jointly tendering charging infrastructure and sharing knowledge. Provinces organized large-scale tenders in recent years together with municipalities. Municipalities often choose to accelerate the installation of charging stations in conjunction with the number of electric cars in a district. The roll-out and operation of public charging stations are now increasingly taking place without additional government investment. The first Dutch charging points were primarily rolled out strategically at prominent popular locations, such as supermarkets, car parks and shopping centers. This practice gradually changed to installation at the request of EV drivers. When residents buy an electric car and do not have their own parking space, they can submit a request to have a charge point installed in a public space, at no cost to the EV driver. The approach is increasingly data-driven, where charging infrastructure is installed on the basis of predictions about where electric cars will be charged in the future. Another important element is the fact that, since 2011, in the Netherlands it is possible to charge at every public charging point with any charging pass. Open standards and protocols stimulate innovation and provide many business opportunities. 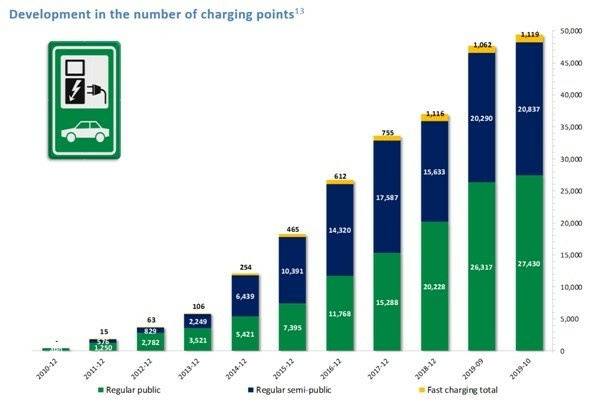 What effects have you noticed on the domestic economy as a result of the growth in electric mobility?

How far will e-mobility progress in the Netherlands in ten years’ time?

In the next ten years mobility is expected to become cleaner and smarter. Electric passenger cars will become competitive around 2025. Charging infrastructure for electric vehicles will be rolled out further, including possible modifications to the grid. Smart charging will become a standard for electric vehicles and will therefore become part of the electricity system. The number of electric vans, public transport buses and light lorries will increase rapidly. An increasing number of electric alternatives will be used for heavy road traffic. In the interim, heavy road transport will use sustainable and synthetic biofuels, biokerosene and bioLNG as a transition measure toward zero-emissions energy carriers. Urban zero-emissions environmental zones will take flight, as well as the pooling of transport flows to and within urban regions through supply chain management and innovative logistics systems. Multimodal hubs will play an increasingly important role in logistics chains.

Dutch transport ambitions towards 2030 are:

The expected amounts of vehicles and charging infrastructure in 2030 calculated with a scenario study are: