Pioneering solutions to ensure the energy future have become more important than ever. Whether it is renewable power and heat generation technologies, innovative storage systems, smart grids, charging infrastructure or e-mobility: Promising solutions for renewable, decentralized, digital and reliable power supply and the coupling of the electricity, heat and transport sectors are conquering the market.

Together with Messe München, we are working on a health and safety concept, which enables all participants a secure exhibition and conference participation.

The EnerOne battery storage system, the STABL SI 100 modular multi-level converter and the Voltfang Industrial commercial storage system made from second-life car batteries are all examples of innovative products within the storage industry.

Three triumphant exhibition days and two days full of inspiring conference sessions marked a real success for Europe’s largest platform for the energy industry: 1,356 exhibitors from 46 countries presenting their solutions on 132,000 square meters. More than 65,000 visitors from 149 countries exceeded expectations for this year’s The smarter E Europe – an increase of 33 percent compared to the last regular event in 2019. 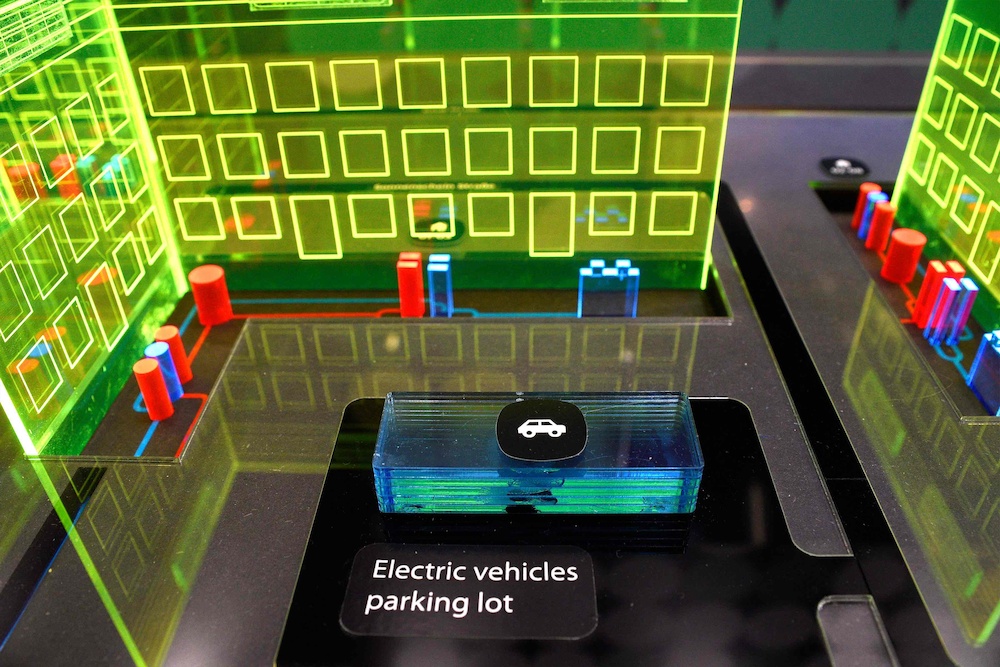 The German government’s master plan for charging infrastructure aims to build one million public charging stations by 2030. According to the European Alternative Fuels Observatory (EAFO), Germany had approximately 32,000 charging stations in November 2019. To reach its goal, the government will introduce projects for the construction of public charging stations, which are to be put into action by 2025. These projects are not meant to be reliant on subsidies alone, but also on collaboration with industry and businesses. There will be other tax breaks for workplace recharging and for provision of the infrastructure needed for employees to charge at home.

Owners of electric vehicles typically rely on a variety of digital tools to find the nearest charging station and charge their vehicle. The selection ranges from websites and apps offered by individual charging service providers to solutions that aim to display all of the charging stations in Europe. To create a map of public charging stations and steer their development, the German government has created the StandortTOOL. This tool identifies and displays existing public charging stations as well as expansion needs based on ramp-up scenarios in electric mobility and alternative infrastructure for hydrogen and natural gas drives. In doing so, it provides investors and municipalities with a basis for planning suitable charging locations. While the tool focuses on passenger car traffic, it can also cover the commercial vehicle sector and reveal synergies between the various applications.

Around 220,000 electric vehicles were registered in Germany in August 2019. Depending on which data is used, the relation between charging points and vehicles was roughly within the EU Commission's target of 0.1 public charging points per electric vehicle or even higher. The benchmark was set up in 2014 in the EU Directive 2014/94 / EU on the development of the infrastructure for alternative fuels (Alternative Fuel Infrastructure Directive / AFID).

A wide range of stakeholders have an important role to play in establishing charging infrastructure. In the real estate industry, for example, providing charging solutions within the company or for rental spaces is becoming a challenging new ongoing task shared by the facility and fleet management departments. Electric vehicles are typically charged while they are parked for extended periods of time. This means that when companies begin using fully electric or hybrid vehicles in their vehicle fleets, employees have two options for charging their vehicle: at home and at work. That’s why the housing industry and all of its sectors are an important player in expanding charging infrastructure. So-called facility services providers are already putting together complete packages for the development of charging infrastructure. For example, SPIE Deutschland & Zentraleuropa and RheinEnergie founded the joint venture TankE GmbH, which provides a complete range of offerings along the entire e-mobility value chain plus 24/7 service, all from a single source.

One of the main challenges for the housing industry when it comes to installing charging stations is that parking spaces are often not clearly assigned and disagreements about property lines may arise. The German Act on the Ownership of Apartments and the Permanent Residential Right is currently in hearings with German associations. In the future, the installation of charging stations in multi- family dwellings with multiple owners will no longer require unanimous agreement, thereby making it easier to install charging stations. The German Association of Energy Market Innovators (bne) has released an opinion arguing that this rule should also be applied to photovoltaic installations on rooftops and balconies, because e-mobility only really makes sense if it is powered by renewable energies.

From June 17 to 19, 2020, you can learn everything you need to know about current companies and developments in the market, the latest ideas and the most important trends at Power2Drive Europe, the leading exhibition for e-mobility in the renewable energy system.

Image source: © Solar Promotion GmbH
Picture caption: The real estate industry is an important player in the development of the charging infrastructure

Political developments in recent months have demonstrated the need for a secure and independent energy supply for Europe. The success of the energy transition is linked to the accelerated introduction of a green hydrogen economy, in addition to the increased expansion of renewable energies.

Second Life, Zero Life and more - What does the future hold for energy storage?