Expert interview with Martin Roemheld, Head of e-Mobility Services at Volkswagen AG. The industry leader gives an exclusive outlook on the charging of tomorrow. 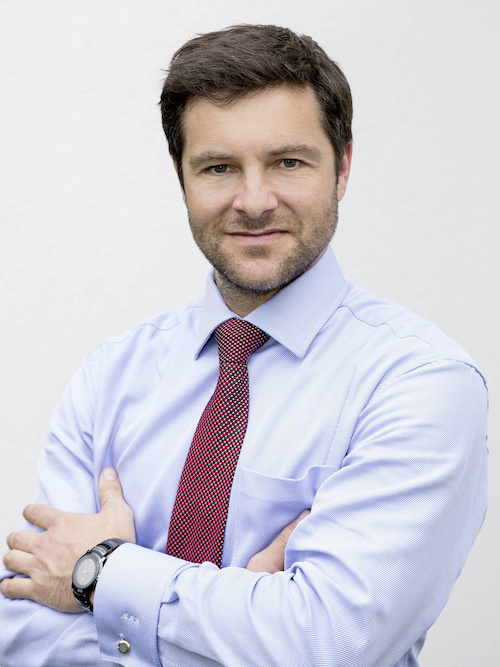 "The e-car is the better automobile" - with this statement, Volkswagen, as an established OEM, has consistently committed itself to electromobility, including in the area of commercial vehicles. To achieve climate neutrality, the European Commission presented a revised proposal for stricter CO2 targets for new passenger cars and vans in July. As a pioneer in the industry, what measures will Volkswagen take to achieve these targets and what are your plans for climate-neutral mobility?

Roemheld: In the future, Volkswagen sees e-mobility not only in terms of the vehicle, but is also working intensively on the environment, i.e. the charging infrastructure, charging services, and also new, innovative and sustainable products, such as its own green electricity offering. To this end, Volkswagen is involved in the development of charging infrastructure that is fed with 100% green electricity. To enable climate-neutral mobility throughout Europe, Volkswagen is working with strong partners such as Enel, Iberdrola and BP.

What is being implemented internally at Volkswagen (key words: climate-neutral production and lifecycle management, renewable energies, end of the combustion engine) and by when?

Roemheld: The Zwickau plant is a clear pioneer. The ID.3 and ID.4 are produced there in a balancing-neutral manner. However, the aim is to become active earlier in the value chain. In addition, large parts of the properties are already equipped with photovoltaics. Renewable energies therefore play a major role.

While many companies are cautious because of the pandemic, the registration figures for e-cars and the expansion of charging infrastructure are rising rapidly worldwide. VW has partially displaced Tesla as the top dog. In your opinion, what are the features that will continue to convince the early majority of BEVs in the next 2 years?

Roemheld: Increasing suitability for everyday use and first vehicle capability of the system: ranges and charging capacities of the vehicles are increasing and the continuous expansion of the infrastructure is going along accordingly. The early adopters, i.e. the first e-vehicle customers, usually have their own charging point at home. However, the rapid expansion of public charging infrastructure now makes it possible to drive purely electrically without having your own charging point. This is an important development that will increasingly convince the early majority of BEVs.

Roemheld: First of all, I would like to question this assumption. Only about half of all people in Germany are employed, that means they could not charge at work either. When it comes to housing, it becomes even clearer: 77% of all people live in urban areas. The number of single-family homes there is significantly lower than the number of multi-family homes. The latter rarely have parking spaces. We assume that the share of so-called lantern parkers, i.e. vehicle users without their own parking space, is 50-60% penetration and thus becomes much more relevant. For the above reasons, we see the private share in charging more like 40-50% for 2030.... However, to achieve this, the public charging infrastructure must be further expanded. As the utilization of the charging infrastructure increases, I believe that the prices for energy will also continue to fall.

The ranges that customers (from private to company vehicles) want for their e-cars go far beyond the daily average of 50 km per day. Via the concept of Vehicle2Grid, the enormous, unused storage capacity of the vehicles can be harnessed and provide grid stability in the future. What is the status quo at VW with regard to V2G?

Roemheld: We share the assessment of the potential. Not only in terms of grid stability, but we believe that the vehicle will fulfill or develop various new tasks and uses. Bidirectional charging will open up a completely new world of use for electric vehicles.

What infrastructure does the implementation of Vehicle2Grid require at the system level?

Roemheld: The vehicle system and the global charging infrastructure must be BiDi-capable in the long term. Behind-the-meter optimization in the customer's property, over-the-meter from the property into the market. However, the broadest field of application will be that of Vehicle2Load. In other words, the vehicle will become a mobile power bank.

Current studies initiated by Nissan and EON, among others, show that there is an annual savings potential for the operation of the power grid of more than 13,000 euros per electric car and that a reduction in CO2 emissions of a good 60 tons per year and electric car could also be achieved. What other advantages does V2G offer?

Roemheld: Exactly right, we can use a large pool of vehicles to balance out grid peaks in the future and consequently relieve large consumers of immense costs. This in turn generates natural revenue potential for e-car drivers, who benefit accordingly. In addition, we see the possibility that the cars can be charged exactly when the maximum amount of green electricity is fed into the grid and the vehicles can also feed it out again when needed.