Expert Interview with Markus Emmert, Board Member of the German Federal Asociation for Emobility

Electric mobility is booming in Europe and Germany, and as a business location, Germany is benefiting from the expansion of charging infrastructure in the public and private sectors. Markus Emmert, Board Member of the German Federal Association for eMobility (BEM) talks about upcoming changes in legislation, market opportunities and business risks. 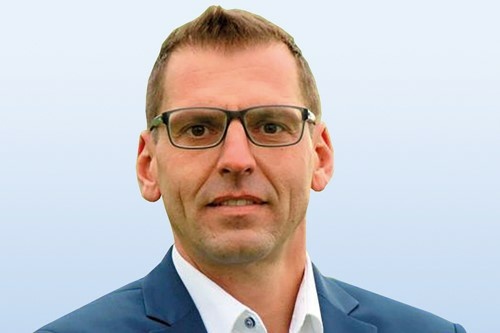 Markus Emmert, Member of the Board of the Bundesverband eMobilität (BEM)

Mr. Emmert, where does Germany currently stand compared to its European neighbors? Who can we learn from? And what new markets are on the rise at the moment?

Emmert: Germany is finally on the right track after years of lagging behind. We are currently trying to jump on board before the metaphorical ship has sailed completely, and it has already gained a lot of speed. Among the European countries, Germany’s progress and performance is average. But the good news is that there is enormous potential for us in terms of charging infrastructure if we go about things the right way. It is a matter of economy and a huge source of jobs. In 2019, we already published figures showing that charging infrastructure alone will produce more than 255,000 new jobs.

The reform of the German Act on the Ownership of Apartments and the Permanent Residential Right (WEG) means that as of December 1, 2020, apartment owners and tenants in Germany can more easily install charging facilities for their electric vehicles. The Building Electromobility Infrastructure Act (GEIG), which derives from the EU Energy Performance of Buildings Directive (EPBD) and has already been passed by the German Cabinet, aims to ensure that the slow expansion of charging infrastructure in the real estate sector does not put the brakes on the mobility transition in Germany.

What are the most relevant changes for business people, housing cooperatives and investors, especially when looking ahead to 2021?

Emmert: Revising the WEG to ensure that tenants and (partial) owners must be permitted to install charging facilities as long as there are no compelling reasons to prevent this was an important first step. And since November 24, 2020, funding for private charging infrastructure has been available throughout Germany, provided the charging facilities comply with the relevant directives – e.g. adjustability, 11 kW charging power, Type 2 connector – and the costs amount to at least €900. A draft of the GEIG was submitted to the Bundestag quite some time ago, but the issue is still being hotly debated and thus far no consensus or decision has been reached. The GEIG primarily addresses which quotas should apply to residential building and non-residential buildings, i.e. how many charging stations must be built or made accessible in new and existing buildings.

Follow-up question: Will the GEIG or the revised Charging Station Ordinance (LSV) be sufficient to ensure that charging options are expanded across Germany? What are the barriers to expansion?

What other measures can we expect in the coming years in the realm of e-mobility with respect to the EU Energy Performance of Buildings Directive (EPBD) for increasing the energy efficiency of residential and non-residential buildings?

Emmert: In view of buildings and “consumers” as an energy ecosystem, we must do a better job of tapping into existing potential. This would allow the potential offered by an electric vehicle – or rather, mobile energy storage device – to be better integrated in the overall energy flow architecture so that energy can be tanked at a suitable time or fed back out when demand is high, for example. The various components are then all combined symbiotically to contribute to overall energy efficiency.

BEM working groups assume that in Germany, battery electric vehicles (BEV) require 6.4 kWh of energy per day on average (40 km of driving per day and consumption of 16 kWh/100 km). At a standard charging capacity of e.g. 11 kW within an hour, recharging is no problem. The oft discussed concerns about range have long been invalid. From the user’s perspective, the availability of charging stations is far more important, i.e. that users can always find functional and accessible public charging facilities. What does that mean in terms of the absolute number of charging stations needed for the 14 million BEV in 2030?

Emmert: According to our projections and analyses, for 20 million electric vehicles, we would need around 400,000 public charging stations. Around 100,000 of those should be high-speed charging stations, with at least 100 kW of charging power per station. The key factor here is the ability to charge multiple vehicles at the same time. In “closed private” environments, at least every third private parking space should be equipped with charging facilities.

To ensure that the costs per kilowatt hour remain at a reasonable level, it’s critical for operators that charging stations are utilized sufficiently. What ratio of charging stations to electric vehicles do operators believe is needed? And to what extent is government aid (e.g. subsidies for charging power) required to offer present-day operators a realistic payback period while maintaining acceptable electricity prices?

Emmert: First, we have to look at which costs are involved. There are costs for procuring electricity along with ancillary costs such as electricity taxes, the EEG levy, grid charges, etc. There are assessed costs for hardware, the grid connection and any distributors or transformers. There are also the costs for maintenance, monitoring, repairs and upgrades, as well as the costs for billing and the costs for the operator / service. Second, it depends on the location and utilization. High-speed charging stations can serve more customers, whereas a standard charging station is only physically capable of serving a limited number of users. But charging infrastructure is also a public need, which means that it should be available everywhere in Germany and in Europe – including in regions where demand is lower. Even in these regions, it must be affordable and economically viable.

This is why we recently suggested that the federal government assume the primary costs (hardware, grid connection, grid upgrades, transformer, etc.) and fund them with a specific allocation. The current “diesel fuel subsidy” in the amount of around 7 billion euros per year potentially offers a good way to offset these costs. This would allow operators, who will continue to compete on the free market, to better plan their services and offer cheaper charging current. We have also called on the Federal Ministry for Economic Affairs and Energy (BMWi) to introduce a price transparency register for charging current. Another scenario could involve subsidizing charging current, but this will not be necessary if we decide to transfer the costs for charging infrastructure to the grid side, which would make it possible to allocate them as part of the grid charges.

In order to be able to charge as many cars as possible at each charging point, each car would have to be unplugged immediately after each charge to make room for the next one. So will this be part of the “new normal of mobility,” or what type of charge + park solutions do you think we can expect in the coming years?

Emmert: In particular, we need drive-through charging points at fast charging stations which can be started up quickly, regardless of which type of car they are charging (even cars with trailers hitched to them and commercial vehicles). This will allow the charging point to be made available again after each short charging session – which will only take a matter of minutes in the future. Normal charging points are a different situation. They are more responsible for long charging sessions (while the owner is shopping or in a meeting, or for charging overnight, etc.).