There are different ways of providing flexibility to the renewable energy grid, batteries, peaking power plants or costumers who adjust their consumption. Where are the differences between them, what is implicit and explicit demand side flexibility, and how can customers benefit? Dr. Paul Troughton explains all this in The smarter E Interview. He is Senior Director of Regulatory Affairs for Enel X as well as a member of SmartEn, the European business association integrating the consumer-driven solutions of the clean energy transition. 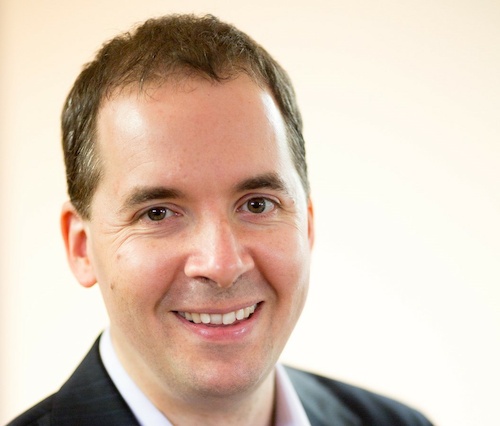 Paul, before we dive deeper into the topic, could you please explain, what is flexibility in the context of the energy transition, and what role does the consumer play?

Flexibility is what you need to keep production and consumption of electricity in balance on all time scales. When you add variable renewables like wind and solar to the power generation system, you want to use as much of their output as you can for environmental and economic reasons. The job of the whole of the rest of the power system is to fill in the mismatches between the renewable output and the demand. The term for this is the residual demand. The generation fleet you have built to serve the residual demand is different from the traditional power system. It's smaller overall. You don't need so much other capacity, but the utilization factors are very different. You might have no base load at all, but you need a lot more of the flexible plants.

But there is another way of providing flexibility. Rather than adjusting the supply you can adjust the demand. It's equally effective. If you can find a customer that can adjust their consumption, they can provide flexibility just the same as a generator would. Sometimes actually they're better. They can provide very fast response that you need for some ancillary services like frequency control.

What does an ideal or even a typical customer look like?

The ideal customer for providing demand side flexibility is a cold storage unit. A big frozen warehouse because the chillers need to run quite a lot of the time, but not all the time. And you can turn them off because they're well insulated for several hours. So you can shift the consumption of that site in either direction by several hours. It's a very flexible resource. It doesn't cost them anything much to do it. It's just the inconvenience of setting up the control systems to ensure that they can. But more generally, any kind of industrial process can be shut down temporary.

How relevant is storage in regards to flexibility?

Storage is very fast and controllable. It's better than what we can do with customers in most cases. So it's really not surprising that system operators all want to have a lot more storage on their systems. But with a battery or an additional power station, you're investing capital in order to build an asset that you will use to provide these services. Whereas the difference with demand side flexibility is we're not going and building assets, we are finding assets that are already there and then being intelligent about how we use them. We're extracting flexibility from something that already exists. That's a very different prospect in terms of the economics.

What's the biggest challenge in getting the consumers on board?

The real challenge is persuading customers that they can do this. Most customers you can say, we're going to give you money in exchange for being a little flexible in how you consume energy. And their immediate response is we can't do that. It would be disastrous for our business. And the challenge for us is to get beyond that initial refusal. That's the big hurdle where much of our effort goes to. Then having figured out what flexibility they have and quantify that, it's then figure out where are the best value uses of it? Is it useful to the transmission system operator or the distribution system operator? Is it useful as capacity or for more frequent shifting? Can it be used very, very fast for subsecond frequency response, which is particularly important in small power systems with lots of renewables and hence low inertia?

Usually anything in the energy transition, although at some point comes down to the regulators playing along or not playing along. So what regulatory levers would have to be put in place to advance demand side flexibility and to better implement it in the electricity market design?

Often when you think about sort of what you ask is of regulators, governments, and policy makers in many industries, it's essentially what subsidies can you give us? Whereas the nice thing about demand side flexibility is that it's so intrinsically cost effective that that's not what we need. All we need is to be given the ability to compete. If we have a reasonably level playing field, then the cost effectiveness of this demand side flexibility should mean that it becomes very lucrative for all stakeholders, because we're providing the service at lower cost than it could otherwise be provided.

When you say a level playing field, what would that mean practically?

Is the approach that you described so far the only way to go about it, or are there other approaches that need to be aware of?

What I've described so far is often called explicit demand side flexibility, that's where we're using these demand side resources to compete directly with generators to provide the same services. And the idea is that you have the market arranged so that we can be paid in just the same way as the generator for providing those services.
There is another approach for at least for energy balancing, which is implicit demand side flexibility. That's where rather than paying the customer for providing a service, you just expose the customer to tie in varying prices and expect them to change their behavior in order to minimize their cost of buying energy. And that's very appealing to many economists and policy makers. It's how a simple market should work. But I don't think it's so useful for when you're dealing with extreme situations.

An example of implicit demand response, not really working as everyone hoped, is what happened recently in Texas with their blizzards. There was massive disruption there, mostly because of gas plants not being weatherized or there being too much demand for gas. But the effect was the spot price rose to an extraordinarily high level, it was in the thousands of dollars per megawatt hour. It turns out there were a lot of customers who were exposed to the spot price. These people are buying at the real time energy price. They have all of the incentives that you need to have efficient balancing. But it turns out that many of them were not in any way set up to respond to flex their consumption as a result of the prices. And now they're just complaining that they being charged these massive bills for a few days of power and they're going bankrupt. So the moral of the story is just because you have spot exposure doesn't actually mean you have any flexibility from it.

This interview is an excerpt from an episode of The smarter E podcast. You can listen to the full interview with Dr. Paul Troughton here.

Do you want to receive monthly updates on recently published interviews, best practices and industry news? Then sign up for the EM-Power Newsletter!