In the last few weeks, Germany has seen extreme rainfall, parts of New York were flooded, and fires have been raging in Southern Europe and California

Green hydrogen will play a crucial role in the climate-friendly energy mix of the future. The Green Hydrogen Manifesto, which was presented today as part of The smarter E Europe Restart 2021 at Messe München, provides valuable insights and inspiration on how to promote the use of this energy source.

Use the online application to book your booth comfortably.

The Power2Drive Forum offers presentations and discussions about various aspects of the new energy world.

After a triumphant three days, it’s clear that The smarter E Europe Restart 2021 was a success. Taking place in a more compact restart format due to the Covid-19 pandemic, the innovation hub for new energy solutions was an absolute success. With more than 450 exhibitors, 45,000 square meters of exhibition space and around 26,000 visitors from 93 countries, it was possible to host the event again for the first time in two years. Responses from exhibitors, visitors, organizers und partners were positive across the board: “We are so happy to finally meet again in person!” The industry is looking forward to the next The smarter E Europe from May 11–13, 2022.

The leading company in digital transformation of energy management and automation aims to achieve carbon neutrality in its own ecosystem by 2025 and net-zero emissions by 2030 as part of its validated 1.5°C SBT (science-based climate target). Besides joining EV100, SE already partnered with The Climate Group’s EP100 and RE100 initiatives. Alongside with its commitment to The Climate Group initiatives, SE is supporting several start-ups in the field of e-mobility.

EV100 is a global initiative bringing together companies committed to accelerating the transition to EVs and making electric transport the new normal by 2030. Several airports and large corporations like Deutsche Post DHL, Vattenfall, Metro and Unilever are members of EV100. RE100’s purpose is to accelerate change towards zero carbon grids, at global scale. The EP100 initiative aims to double energy productivity by 2030, against a 2005 baseline, setting an ambitious target to double the economic output from every unit of energy consumed. (SP) 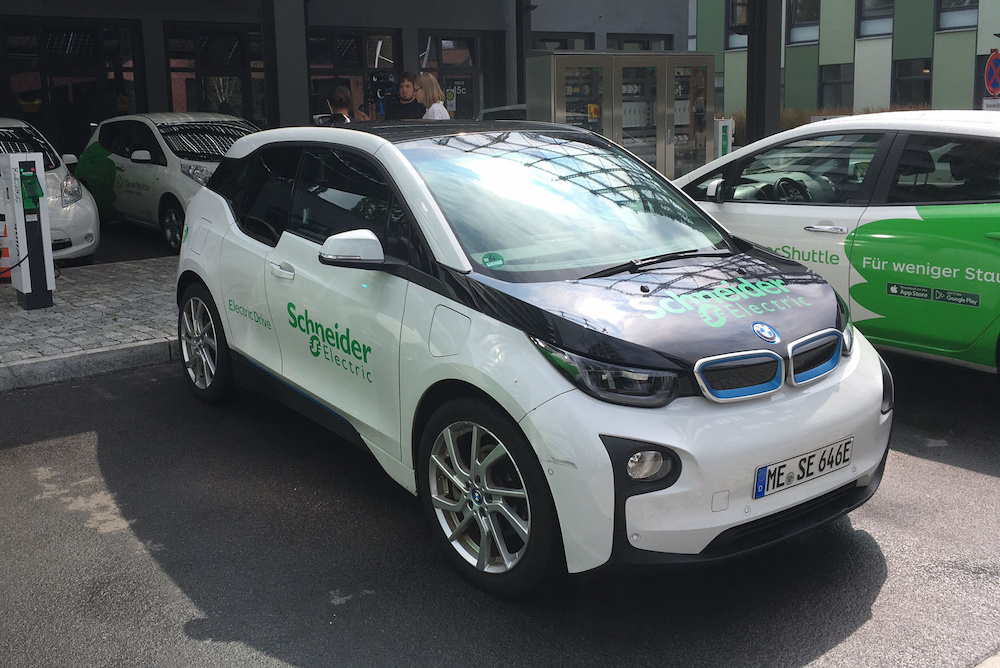 Smart Charging for EVs: Starting into the future with an e-car, but which charging system to use? This Power2Drive Webinar will give you a guidance which technical criteria and decisions has to be made.

In its new lab, Fraunhofer Institute for Solar Energy Systems ISE is now able to test how CHP plants, heat pumps, batteries and charging stations affect grid stability and how these communicate with each other in a smart grid.

Last month Toyota revealed plans to build a prototype city of the future at the base of Mt. Fuji in Japan.

Alfen will supply EV chargers for its own business and British Gas‘ parent company Centrica.